I have just "survived" a rather stressful week with several trips to Lancaster to OA North whose lovely unit is located in an old mill building. Working from home proved to be a disaster on Wednesday, but through considering various options we have come to the conclusion that it is not quite impossible after all. Sleep was a rarity throughout the week and had to be caught up on. The collapse of my clothes rail was another factor of annoyance but even this has been resolved now...!
No, I feel I have started settling into Liverpool, my new house and Lancaster and am, in general, happy. 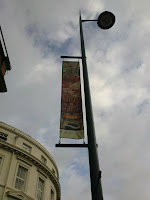 Yesterday I had the rare opportunity to visit Liverpool's City Centre. I had to do some shopping and wanted to be able to claim at least the knowledge of the High Street shops' whereabouts... Ended up bumping into a giant spider and getting covered in 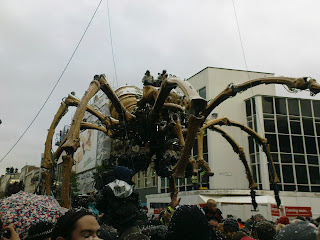 This hydraulic spider operated by a minimum of six people, is a performance by the French group LaMachine within Liverpool's European Capital of Culture 2008 program of events.
Posted by The Biting Wires at 12:35 1 comment: 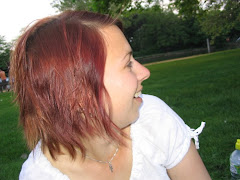